Google's service is widely criticized in this area, with blitzes only growing over time. Mozilla has even created a site dedicated to YouTube's wanderings, to show how the recommendations always end up taking the user to violence and hatred.

YouTube responds, via a blog post. All forms of harassment are no longer tolerated, implying insults and anything about personal threats.

" We will no longer allow content that maliciously insults someone based on their personal characteristics, such as race, gender or sexual orientation "Says Matt Halprin, head of the trust and safety division.

The new rule " applies to everyone, to individuals and content creators, and to policymakers ". In addition, " implied or implied threats will be prohibited in the same way as explicit threats ", including " content simulating violence towards an individual or terms implying that physical violence could occur ".

The pinned videos will be deleted and the authors informed. In case of repeated failure, the account may be blocked. The recidivist channels will see the deleted contents, their cut revenues and the blocked account also if the failures are repeated despite the warnings.

Another interesting point of the measure, it also applies to comments. Halprin gives an idea of ​​the scale of the fight to be carried out: 16 million comments were deleted in the last quarter, and this number can only increase with the new rules.

It is now expected to see the effectiveness of moderation put in place, because YouTube was gradually gaining the reputation of a digital wild west area. 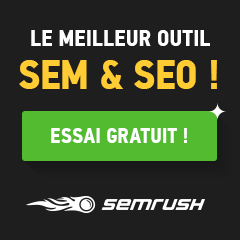